Find the Mach3 3D Probing Plug-in, then install & configure it
under Mach3 Conf Menu. Adds the 3D Probing tab to the right of Help.
Creates an XYZ comma-delimited txt file.Mach3 also has a Digitize Wizard
but it is purportedly slower than the plug-in.

MachCloud reads the 3D Probing comma-delimited txt
file & creates an XYZ point cloud that can be meshed from the  menu & then saved as an STL file or just saved it as
an STL file for use by other meshing programs e.g., MeshLab. Raw point cloud file structure can vary e.g., comma,
tab, or space delimited. Reading errors can result.

STL is a file format native to the stereolithography
software created by 3D Systems. This file format is  supported by many other software packages.
It is widely used for rapid prototyping & computer-aided manufacturing. STL files describe only the surface geometry
of a three dimensional object without any representation of color, texture or other common CAD model attributes.
The STL format specifies both ASCII & binary representations. Binary files are more common, since they
are more compact. An STL file describes a raw  unstructured triangulated surface by the unit normal & vertices
(ordered by the right-hand rule) of the triangles using a three-dimensional Cartesian coordinate system.

Mesh generation is the practice of generating a polygonal or
polyhedral mesh that approximates a geometric  domain. The term "grid generation" is often used interchangeably.
Typical uses are for rendering to a computer screen or for physical simulation such as finite element
analysis or computational fluid dynamics. The input model form can vary greatly but common sources are CAD,
NURBS, B-rep & STL (file format). Three-dimensional meshes created for finite element analysis need to consist
of tetrahedra, pyramids, prisms or hexahedra. Those used for the finite volume method can consist of arbitrary
polyhedra. Those used for finite difference methods usually need to consist of piecewise structured arrays of
hexahedra known as multi-block structured meshes.

Computer-aided manufacturing (CAM) is the use of computer
software to control machine tools & related machinery in the manufacturing of work pieces. CAM is the next
computer-aided process after computer-aided design (CAD), as the model generated in CAD can be input into CAM
software, which then controls the machine tool. Traditionally, CAM has been considered as a numerical control (NC)
programming tool, wherein two-dimensional (2D) or three-dimensional (3D) models of components
generated in CAD software are used to generate  G-code to drive computer numerically controlled (CNC) machine tools. 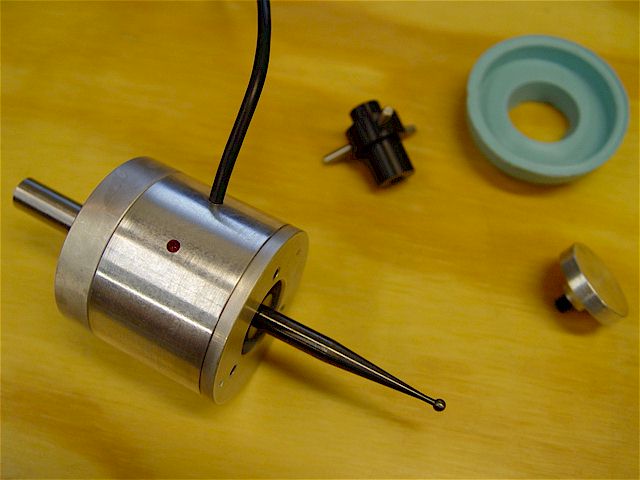 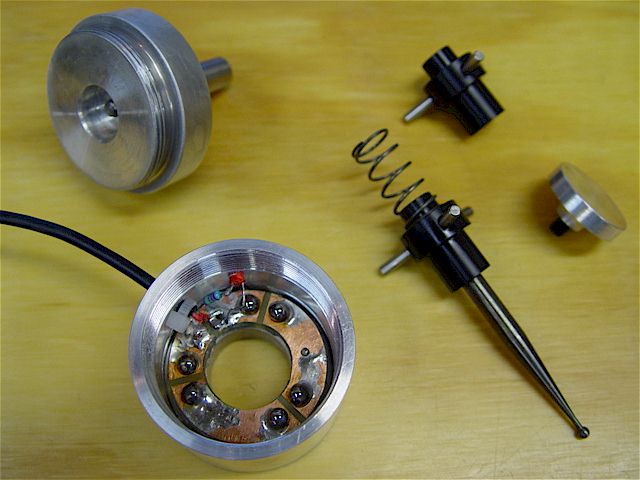 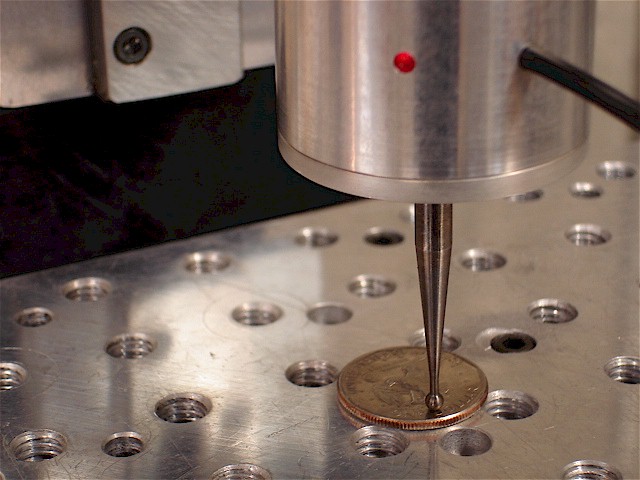 Another probe tip was constructed of stainless steel with
a 10-24 thread. A 2mm (0.078740") carbide tip from a dial test indicator was used for the tip. The tip is seated
in a reamed hole & held in using Loctite red #271. 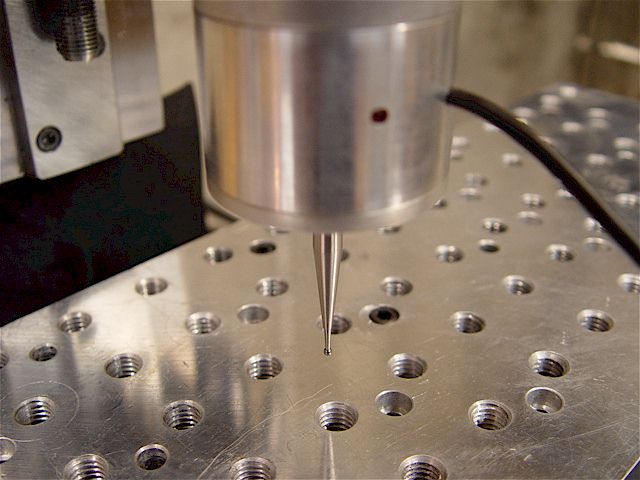